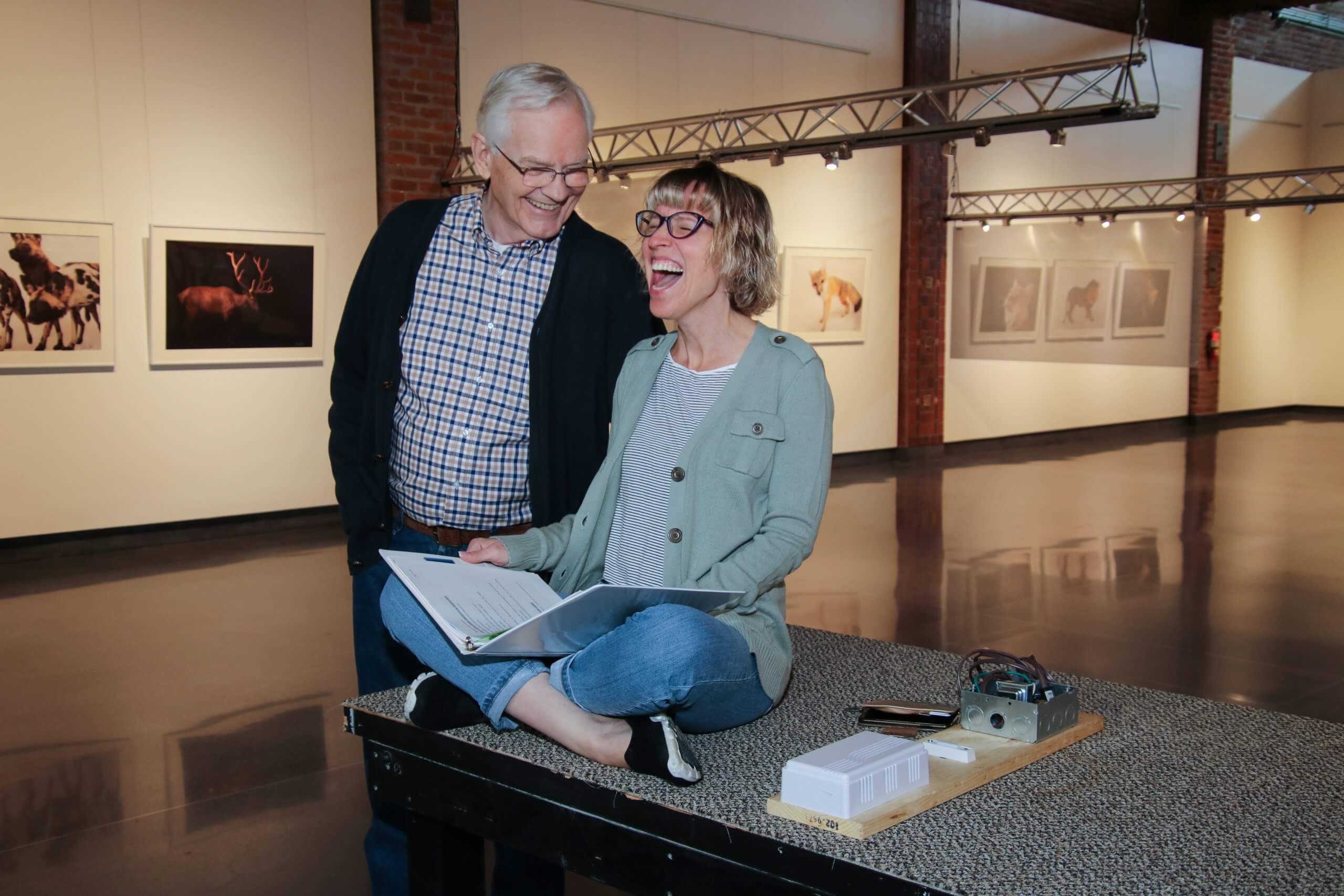 The largely lost art of locally produced audio drama lives again courtesy of Radio Theatre Omaha (RTO) performances. The group next performs November 8 at OutrSpaces, 1258 S. 13th St., when it presents two pieces with voice actors, live sound effects and live musical accompaniment.Founder-Artistic Director Kent Garlinghouse formed RTO two years ago. The Minnesota transplant created audio drama for decades with Lake Area Radio Theatre during and after a long music education career. When he and his wife moved to Omaha to be close to family, he searched for an audio drama company here, only to find none.As a writer himself, Garlinghouse promotes RTO throughout the state’s writing community, hoping to inspire fellow scribes to pen scripts. He’s recruited some converts that way.“There are lots of excellent voice actors, but the big issue is trying to find material — finding the writers — and that’s what I spend a lot of my time doing, going to various writing groups with my spiel,” he said.A radio theater script “is short (5,000 words or 25 minutes), to the point, simple, direct, all action-oriented, and you get a public performance out of it,” goes his pitch to prospective writers.“I really look hard for people who are interested.”

Garlinghouse, who’s also an actor, is still enough of a newcomer he doesn’t know the local acting talent pool that well. Thus, he’s allied himself with Omaha theater veteran Stephanie Kidd, herself a transplant from Overland Park, Kansas. The stage director, actor and voice talent serves as RTO’s managing director. With 22 years on the local theater scene, she taps her deep network of experienced theater professionals to work with RTO. The company sweetens the pot by paying cast and crew stipends from ticket sales.