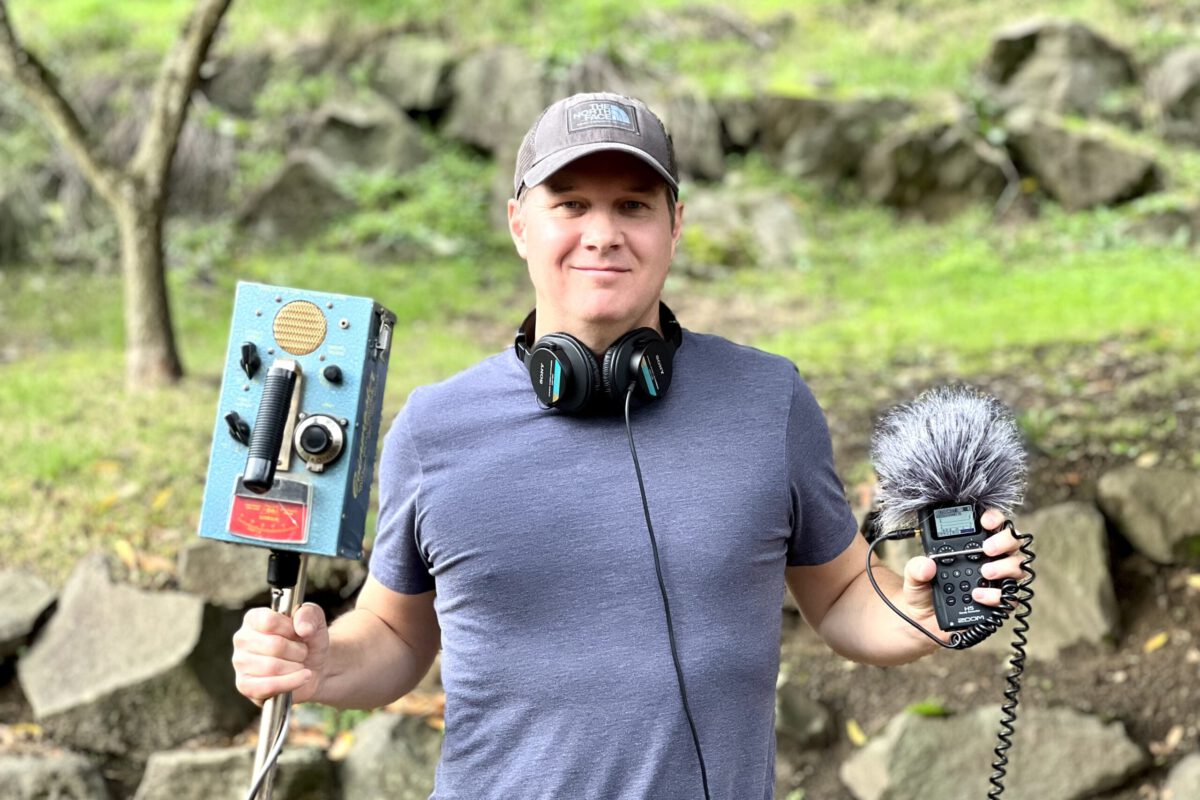 Writer, director, producer, and composer Kristopher Kaiyala had to figure out a way to pass on the stories his grandfather told. Or at least let them fuel his inspiration.

“Dirt” is a scripted, serialized immersive audio podcast. It digs into several genres including sci-fi, mystery, thriller, family drama, with a twist that includes a treasure hunt. It starts off when the main character, Joseph Elo (Kaiyala), receives a strange letter in the mail, from someone who died 30 years ago.

It’s Kaiyala’s first formal foray into immersive audio podcasting, but you wouldn’t know it if you tuned in. It was recorded in various locations in and around Washington State, and then produced at his home studio in Seattle. Season 1 consists of six chapters, each less than 30 minutes long.

Kaiyala said that immersive audio storytelling doesn’t have to be out of reach for people who don’t have the means to record and mix in a professional studio.

“To make a compelling immersive audio drama, you don’t need a fancy studio or super expensive gear,” said Kaiyala. “More important is having really good attention to detail…and a good feel for how a scene, or sounds, or conversations should flow.”

Producing an immersive audio podcast requires a great deal of planning, with several production and post-production aspects to consider. Scripting, recording, sound design, environment, and mixing are all rolled into the process of audio storytelling.